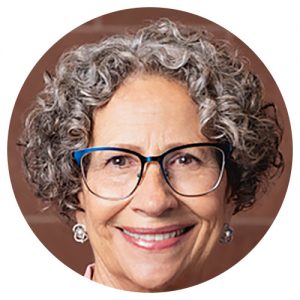 Karen Grant is a strong and vocal advocate of angel investing and early funders of all types. As one of the chief architects of Equation Angels, she is excited about stepping in and helping the organization realize its potential. Karen has practiced what she preaches and was instrumental in creation of four angel groups: Toronto Angel Group in 2001, Northern Ontario Angels in 2005, Angel One Investor Network in 2011 and Equation Angels in 2019. She is a board director of Northern Ontario Angels.

Karen is an entrepreneur, company director, and mentor. She has founded companies, launched investment funds and has worked in the commercialization field with FedNor, FedDev, Ontario Centres of Excellence and universities around Ontario.  Earlier in her career she led and grew the Toronto Venture Group, a not-for-profit organization with the mandate to “bridge the gap between entrepreneurs and capital” working with most of the venture capital firms in Canada and hundreds of companies that were seeking capital. Karen’s corporate experience includes 12 years with IBM Canada where she had roles in sales, marketing and communications.

Karen is passionate about early stage companies and when she is not coaching, cajoling or congratulating founders, she enjoys the outdoors, some creative pursuits, cooking and entertaining. She and her husband of 30+ years still enjoy each other’s company and travel together as often as possible.

Equation Angels is the second-largest angel investor network in Canada.

Combining the vast expertise and resources of three angel groups from Southern Ontario, we accelerate the innovation ecosystem for investors and entrepreneurs.